Hello everyone, how’s it going? Now, I don’t have any finished objects to show you right now so I thought I’d do something a little different for todays post and talk instead about things I want to make – because of course, like any good yarn enthusiast, I have a lot list of things that I swear that I will make someday! First up on the things I want to crochet list is the Worn this Way hat from Wool and the Gang. It’s a sun hat made using their Ra-Ra Raffia yarn. I actually crocheted a raffia hat a while back in an attempt to do something similar but I had trouble finding an alternative raffia yarn in the colour I wanted (essentially straw coloured). In the end I used a green raffia yarn and some other hat pattern and it was fine but not what I wanted. I’ve never used Wool and the Gang yarn or kits before and I know they’re expensive but I decided to treat myself to this kit recently to help me get some crafting mojo back. It’s on it’s way to me so hopefully I can get this hat crocheted pretty soon (so that it might get use before the summer ends!). 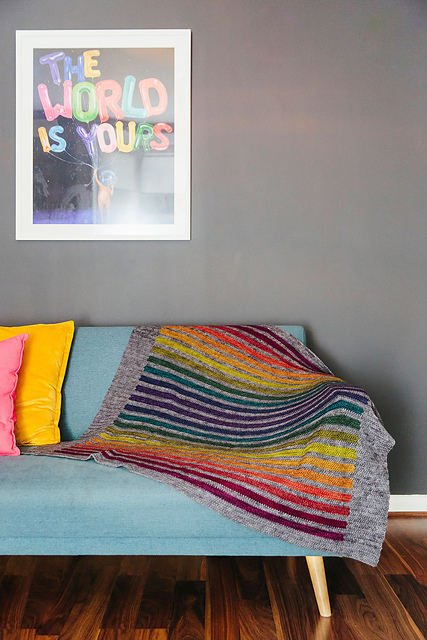 Next up on my want to crochet list is the Stormy Rainbow Blanket by Fay Dashper-Hughes. I came across this crochet pattern in a crochet magazine (I can’t remember which one now off the top of my head) and when I saw it I was immediately in love with the colour of the rainbow because it’s not too bright but still very colourful. I knew I wanted to make this blanket using that rainbow yarn (RiverKnits BFL) so I asked for one of the rainbow kits for Christmas and my parents got it for me. To save a bit of money, I didn’t get the 3 skeins of grey needed as I figured I could find something cheaper but so far I’ve not managed to find a grey 4ply yarn that I love  for this blanket so yeah, this project has been stalled a bit while my yarn search continues. At this stage, I’m not worried about the cost of the yarn anymore – I’d just like to find something I think matches my stormy rainbow yarn! 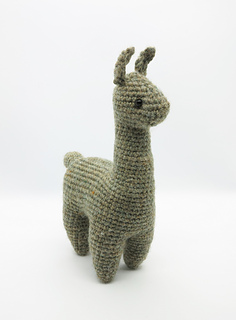 Okay, third on my list of things I want to make in this post is Lorenzo the Llama Amigurumi by Kamidake Fiber Arts, a really cute amigurumi project. I actually made this once already (here) and absolutely loved the result. I sent that one to a friend in New Zealand and it went down very well. The pattern calls for aran weight yarn and I used that the first time but I have some white 4ply I want to use up so I’m curious as to the size it’ll be using much finer yarn. Guess I’ll find out! The only thing is I don’t know if I want to make the plain version or try out the loop stitch version…might have to look into how much yarn the loop stitch version uses because I do have a record of losing at yarn chicken when the loop stitch is involved. 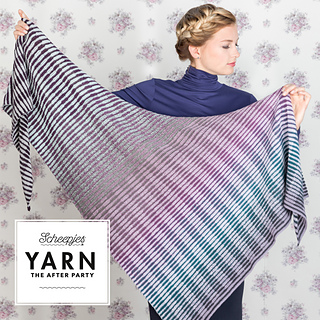 And the final project for this post that I’ll talk about is the Crochet Between the Lines by Tammy Canavan-Soldaat pattern. This is a pattern that’s been in my crochet queue for a very long time indeed – a few years at this stage. I first saw it when Lindsey from the Lottie & Albert podcast was making it and loved the effect of using the two different Scheepjes whirls. I couldn’t easily get my hands on Scheepjes yarns at the time so I actually ended up getting two 4ply cake yarns from Sostrene Grene that I liked and those have been sitting in my drawer for years now! I swear I’ll get around to making this shawl eventually.

So those are some of the projects that I currently want to make. When that making will happen, who knows! But they’re in the queue. What about you – what yarn projects are currently in your queue?

Book Haul a.k.a. I turned 30 so I bought myself a stack of books